Past winners have included Jay-Z, Kendrick Lamar, André 3000, Royce 5’9″ and Nas. And for September, we’re rolling with Loaded Lux for the work he did over Cam’ron’s “The Roc” during his Funk Flex freestyle. 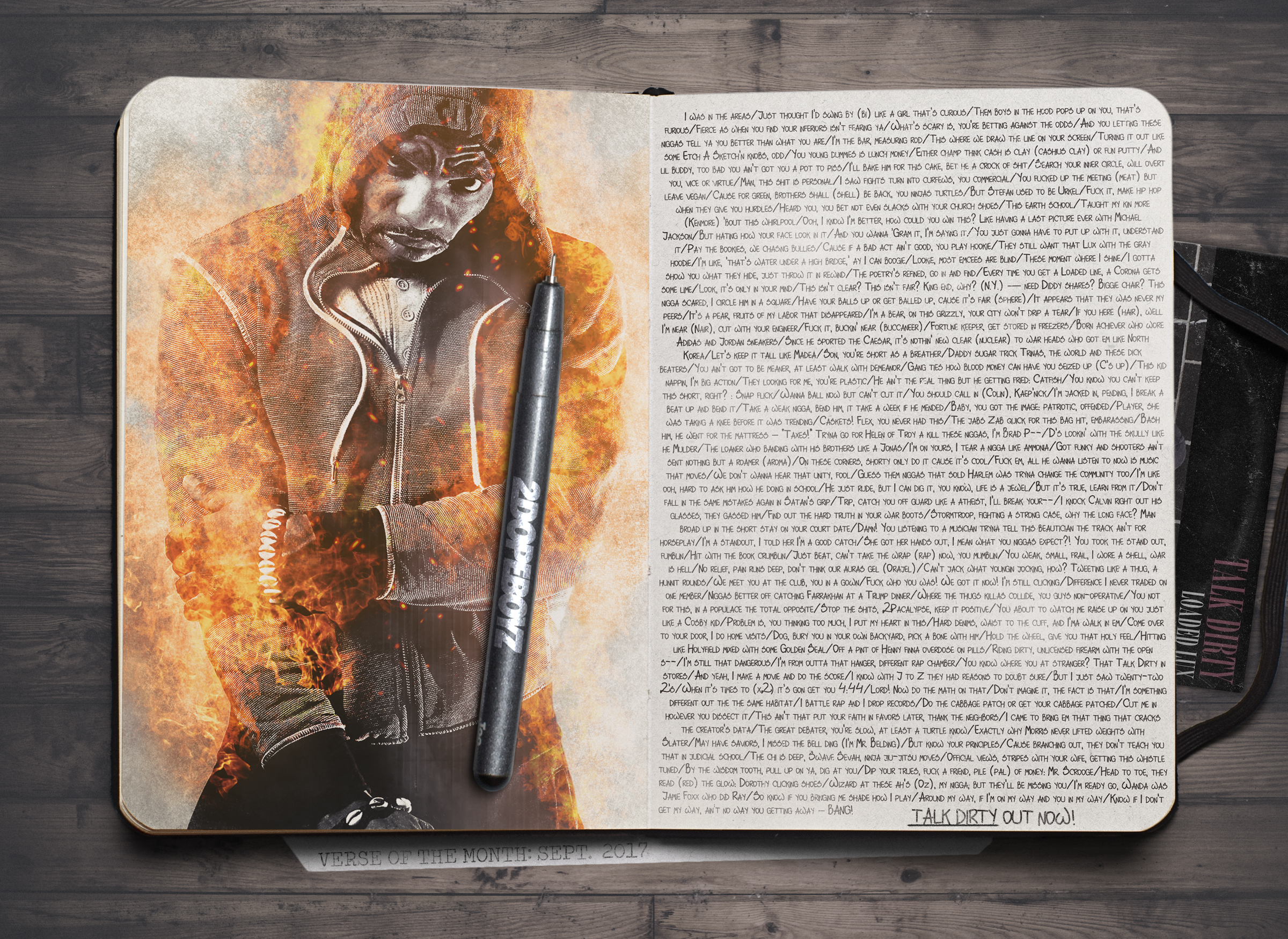 Technically it was close, but it wasn’t even close.

Rapsody and Kendrick dropped enough knowledge to fill an entire syllabus for a Master’s class. Mick eloquently described the struggles of simply being Black in a manner that is as lyrically dense as it is socially exhausting to hear (or experience). The PLK naturally did his thing, holding his own alongside the Griselda Records titans. And G Herbo’s storytelling on “Malcolm” was unparalleled.

Still, the assault charge Loaded Lux caught while bodying his Funk Flex freestyle was just too hard to ignore. Not only was it one of the best freestyles of the entire series, but he went off for nearly seven minutes, nearly thrice as long as his contemporaries.

Just look at all those bars! And to think, we only help with some of the wordplay in the image above. There’s still plenty for a listener to pick up on — read between them lines. Or as Lux would put it, “just throw it in rewind. The poetry’s refined, go in and find” what’s hidden underneath.

Quite simply, he outshines all of the lyricists in September, and lapped them in the process. At this point, anybody who jumps on the Flex series has to try to at least keep Lux’s pace, and we’re not even sure if that can happen at this point. This is easily one of the finest of the Verse Of The Month entries, and it’ll be difficult to not name this one of the top performances of the year.