Brooklyn’s AFROPUNK Festival has been one of New York’s longest running events, annually attracting thousands of people to Commodore Barry Park each summer. An “alternative” to the drug-fueled madness of a Coachella, AFROPUNK invites the eclectically diverse this August 26th and 27th. Sampha, Thundercat, SZA, Kaytranada, The (reunited) Cool Kids, NAO, Kevin Abstract, Blitz The Ambassador, Sango, Little Simz, Willow Smith and much more will take the stage. The festival will also be home to a plethora of diverse acts from the UK, France, South Africa and other countries, as more acts will be announced leading up to the event. 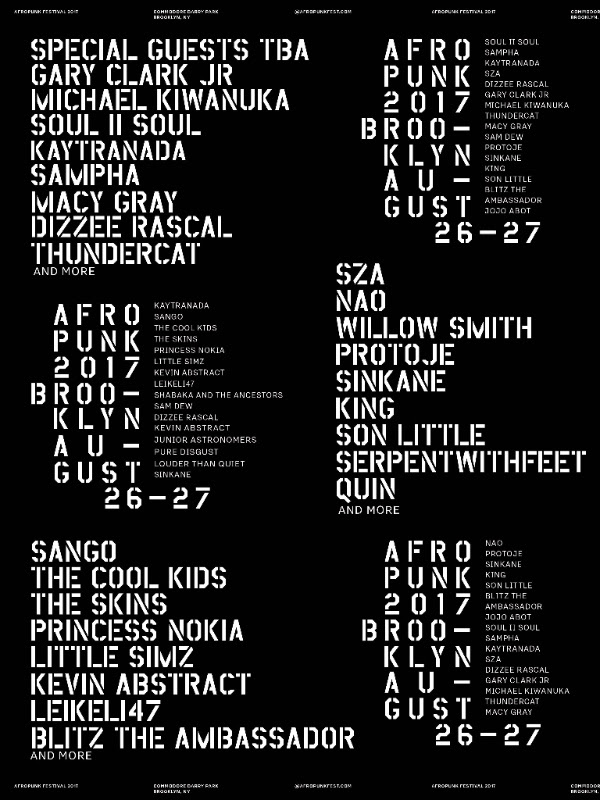 Tickets to AFROPUNK, which start at the relatively low price of $45 per day (in comparison, Governors Ball starts at over $300), are on sale now.