Past winners have included Kendrick Lamar, André 3000, Nas, Rapsody and Brother Ali. JAY-Z took it last month. And for July, we were stuck in a deadlock over Vic Mensa and Lloyd Banks, before the fan-vote eventually tilted things in Vic’s favor. 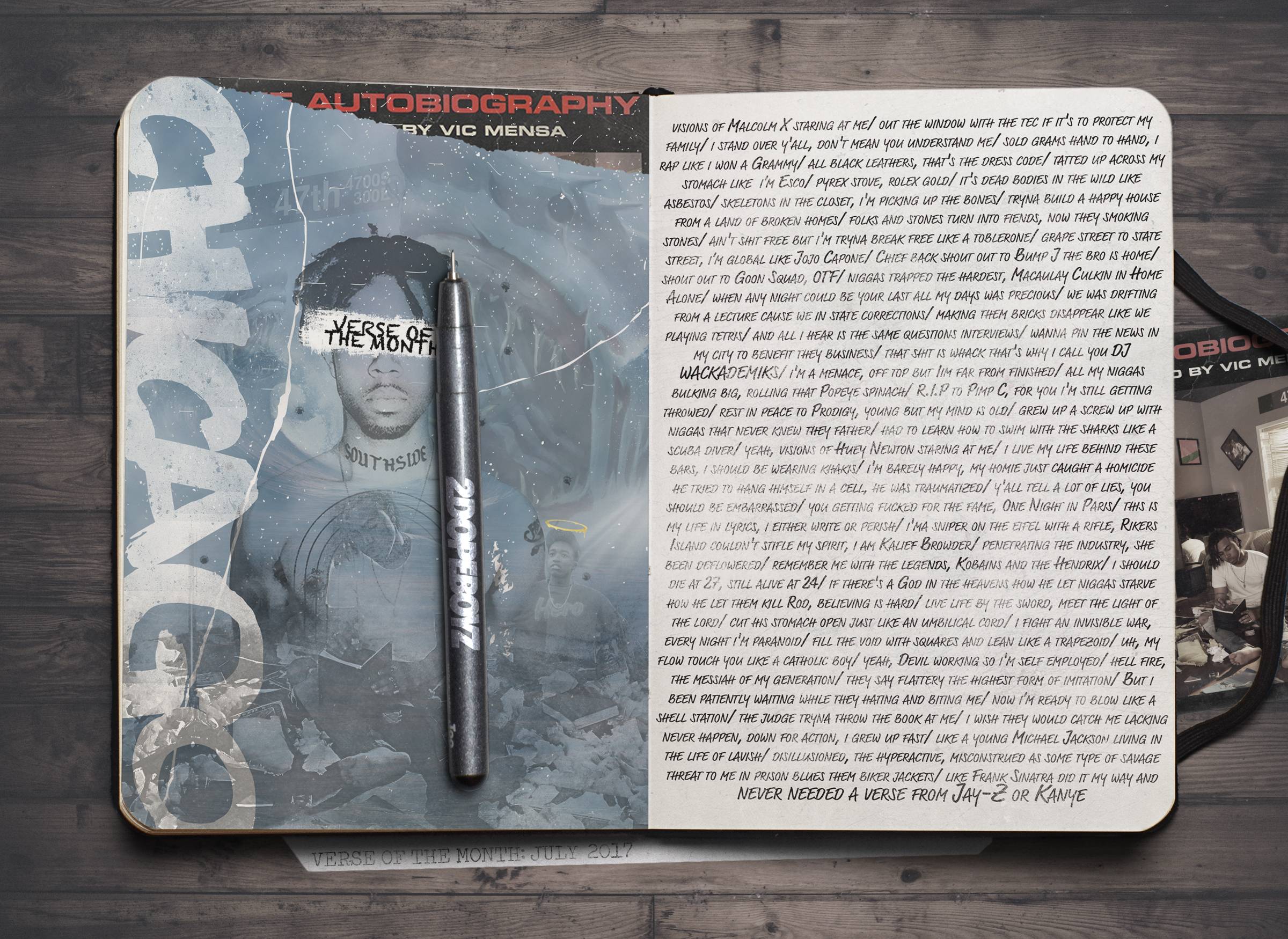 July was pretty damn competitive in the lyricism department as it seemed that everyone brought their ‘A’ game to the table. However, it would be Vic Mensa who would take top honors with the verse of the month. Interestingly enough, it wasn’t from his stellar album The Autobiography and instead came in the form of a freestyle on Sway in the Morning. With Kendrick’s “HiiiPower” as the canvas, Mensa grabbed our attention as soon as he opened with “Visions of Malcolm X staring at me/ out the window with the tec if it’s to protect my family.” From there, the Chi-Town emcee took aim at Complex’s DJ Akademiks, waxed poetic about the perils of the Chicago streets, questioned his faith, and punctuated the verse by stating that he didn’t need a verse from Jay-Z or Kanye West to make it. Dopeness.