Past winners have included Jay-Z, Kendrick Lamar, André 3000, and Eminem. And for January, we’re rolling with Lil Wayne for his D6: Reloaded highlight. 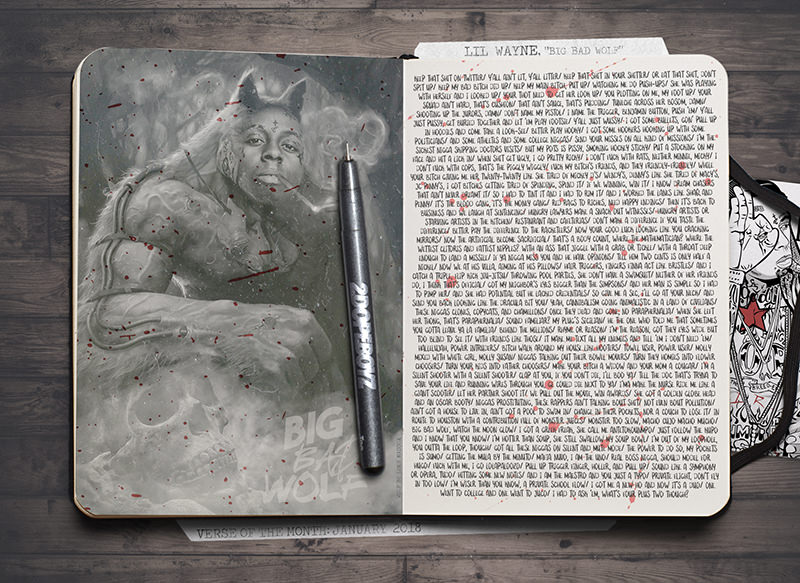 Weezy is our first Verse Of The Month winner of the year, though he had some heavy competition.

Yes, Eminem showed that he still has it (taking the fan-vote, because of course), but, for reasons unknown, “it” really didn’t show too much on Revival. Drake.. was okay, but he wasn’t near the level of Lloyd Banks (who had Shake’s vote), Royce 5’9″ or Kendrick Lamar‘s verses.

Which left one winner: Lil Wayne. D6: Reloaded was pretty good, but none of us were ready for what he had in store with “Big Bad Wolf.” Absolutely manhandling Blacc Youngsta‘s “Hip Hopper,” Wayne flashed the brilliance that inspired countless emcees, including Kendrick (who even praised the verse on Twitter). In between a dizzying array of double-entendres, Wayne even managed to find a way to rhyme Giannis “Antetokounmpo” for a clean 60 seconds; meanwhile, we’re still having trouble just pronouncing the NBA All-Star’s name. The rhyme pattern alone all but secured the proverbial bag.