Past winners have included Black Thought, Kendrick Lamar, André 3000, and Phonte. And for August, Mick Jenkins gets the nod for “Bruce Banner.” 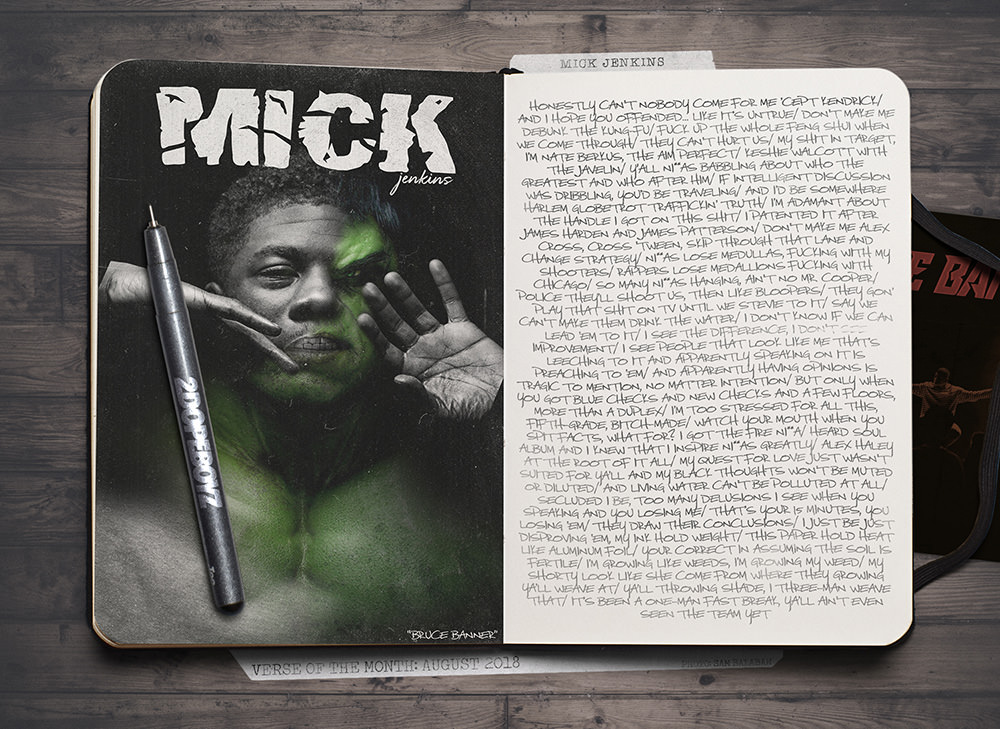 “Honestly, can’t nobody come for me ‘cept Kendrick.”

This month was stacked with quality entries, but it’s Mick Jenkins who gets the nod for Verse of the Month, and he called it with the first line of his verse.

While we anxiously await his Piece of a Man project, the Chicago emcee hulked out on his opening salvo. Name-dropping everyone from Nate Berkus and Alex Haley to Mark Cooper and “Keshie” Walcott, Mick wasted no bar in the 3:45 stronghold he possessed on the record.

Although the race was rather close—with Young Chris going off on “Angles” (and pretty much every other verse on The Network 5), Young M.A flawlessly pulling off the whole “Car Confessional” concept, Sheisty Khrist taking home the fan-vote, and Mickey Factz never disappointing us when it comes to bar work—Mick ended to edging out the competition with lines like, “If intelligent discussion was dribbling, you’d be traveling/ And I’d be somewhere Harlem Globetrot traffickin’ truth” and “Alex Haley at the root of it all/ My quest for love just wasn’t suited for y’all and my black thoughts won’t be muted or diluted/ And livin’ water can’t be polluted at all.”

While this was once again a tough month (with Eminem threatening to toss a monkey wrench in everything), it’s safe to say that Mick gets the victory lap this go-round.

EarthGang Go All the Way “UP” On New ‘MirrorLand’ Single