Past winners have included Black Thought, Kendrick Lamar, André 3000, Mick Jenkins and Phonte. And for September, J.I.D gets the nod for “151 Rum.” 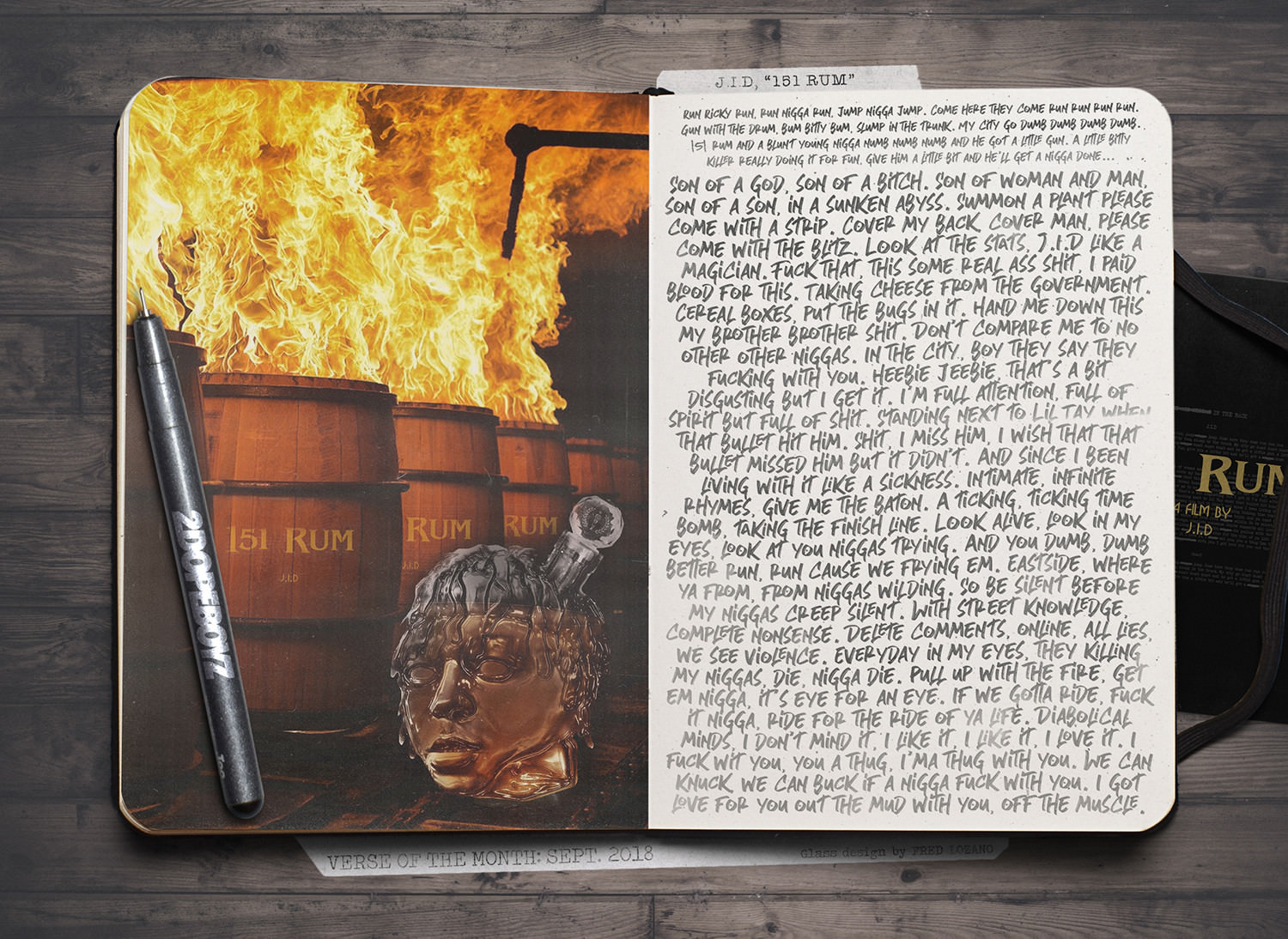 In a month loaded with verses from A-listers (Wale, J. Cole, Kendrick Lamar), veterans (Lil Wayne, Eminem) and young spitfires (YBN Cordae), it’s a Dreamvillian from Atlanta that walks away with our Verse Of The Month honors.

J.I.D set off his DiCaprio 2 campaign with “151 Rum.” Named after the discontinued alcoholic drink, “Act One, Scene 4” of the forthcoming project is a nonstop fiery display of polysyllabic entendres from the East Atlanta talent. “151 Rum” is full of “blink-and-you’ll-miss-it” moments like, “Eastside, where ya from, from, ni**as wildin/ So be silent before my ni**as creep silent/ With street knowledge, complete nonsense/ Delete comments, online, all lies, we see violence.”

Although this month was tough — Wale and J. Cole showed out; Wayne flexed a return to form and showed off his storytelling skills alongside Kendrick Lamar and YBN Cordae; and Eminem should never, ever do any kind of Revival-style music after “Lucky You” — it was J.I.D that took the gold medal in September.