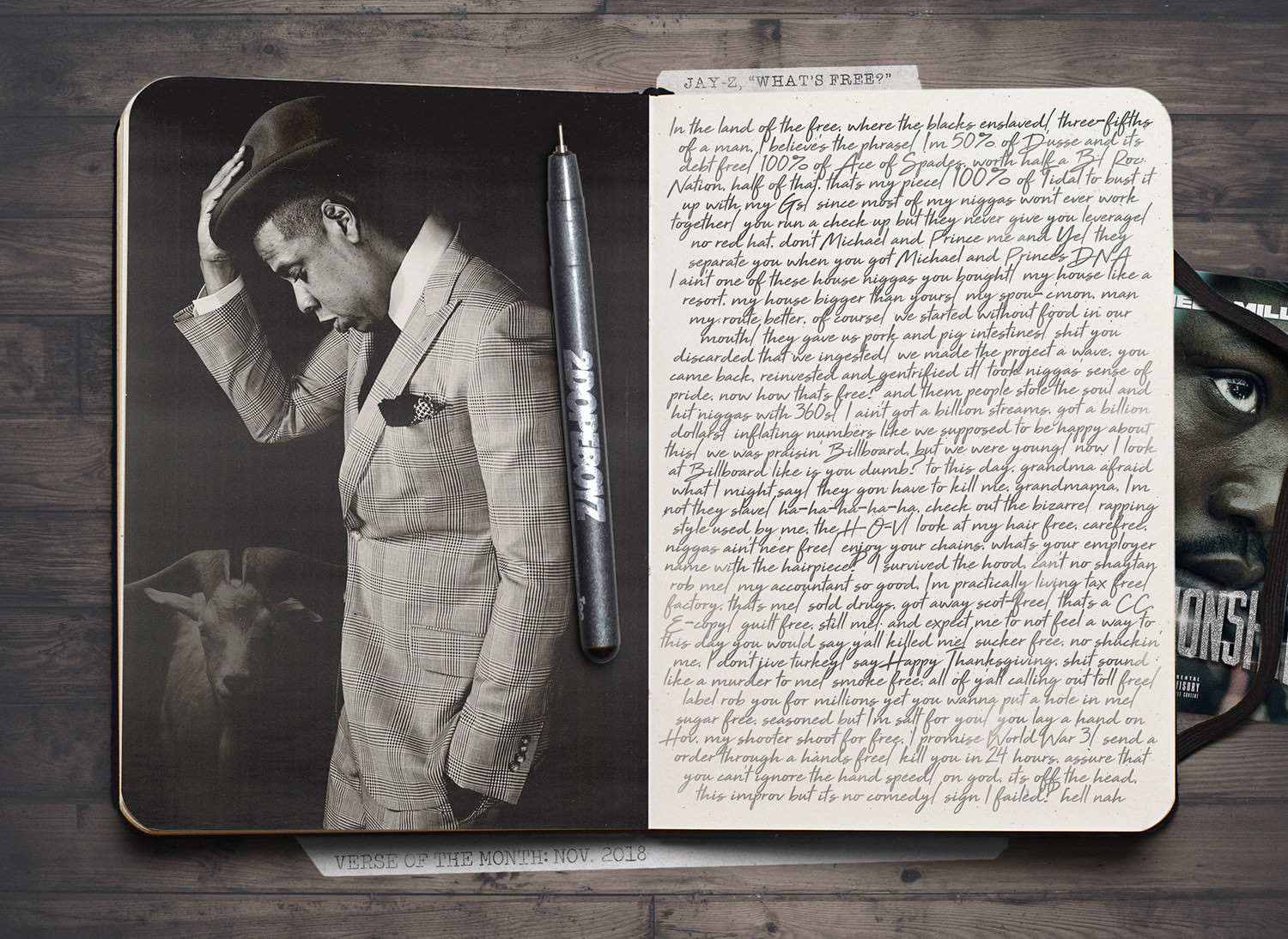 Past winners have included Black Thought, Kendrick Lamar, André 3000, J.I.D and Phonte. And for November, Jay-Z takes the win for his closing verse on Meek Mill’s “What’s Free.”

Up until the 30th, there was a head-to-head battle between Benny the Butcher and J.I.D with the Griselda shooter having a strong advantage — but then Jay-Z came in at the eleventh hour and screwed everything up.

After letting Rick Ross and Meek Mill get their verses off, Hov stepped up to the plate and proceeded to knock it out of the park with his best performance of the year. Over the same Richard Evans sample used on The Notorious B.I.G.’s “What’s Beef,” the 49-year-old emcee is in complete control as he attacks racism, flaunts his wealth, puts a stop to the media’s attempts at separating him and Kanye despite their political differences, taps Trump on the chin, offers a blueprint to freedom, and much more.

Travis Scott Has the No. 1 Album AND Song (“Sicko Mode”) in the Country