The first half of 2016 has been loaded with big releases by some of the biggest names in hip hop and delivered a variety of results. We had spontaneity (Kanye West), consistency (Drake), honesty (Royce Da 5’9″ & Elzhi) and intense (Kendrick Lamar). Some we loved more than others. And with the second half of 2016 teasing even more releases, the Dope House has decided to deliver our first of several midyear reports where we offer our favorites of 2016 at the proverbial All-Star break of the season.

And, yes, we ranked them just so you can debate our decisions. 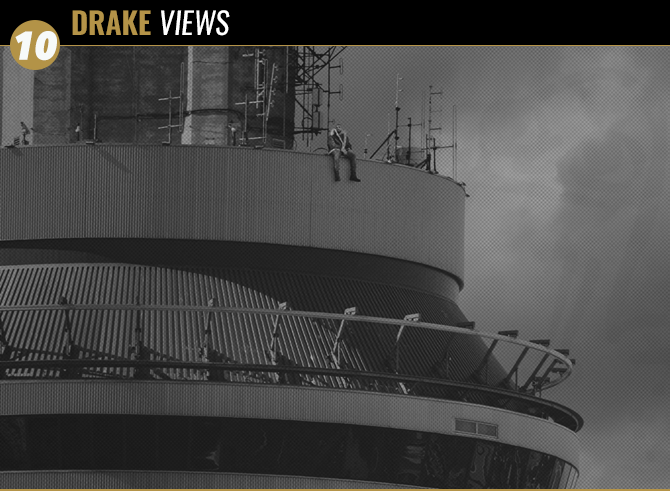 Drake’s fourth studio album has the unique distinction of being considered one of the best releases of the first half of 2016 as well as one of the more disappointing projects. Views showed little growth as Drake pretty much touched every base that his previous albums did. However, when you’re the LeBron James of the music industry, your average product is still better than most artists at their absolute best. Views comes in with a bloated 20 tracks but still has those moments that are stellar. The title track and “Weston Road Flows” are Drake at his braggadocio best, while “One Dance” and “Controlla” have had dance floors on lockdown with it’s dancehall infused energy. He still suffers from trust issues with women but he is comfortable with his lofty position on top of the game. Chances are that you are something off of this project is in regular rotation, whether you love this album or just kind of like it. — Andreas Hale 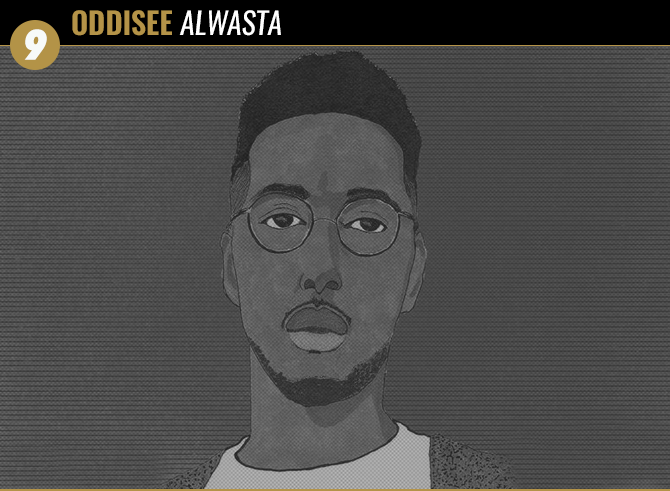 It’s hard to not gush about Alwasta. I voted for “No Reservations” to land as one of our top 10 songs, because it’s like a two-hour-long movie of Oddisee’s life story and lessons condensed into four-and-a-half minutes — and it comes so easy to him. “I don’t make no reservations, and I don’t take none either,” he raps on the chours. Just go where the fuck you want doing what the fuck you want when the fuck you want, because life isn’t waiting a damn second for you to make up your mind. And when you live with the mood Oddisee does on “No Reservations,” you can make rap music as carefree, jazzy and collected as Alwasta. — Patrick Glynn 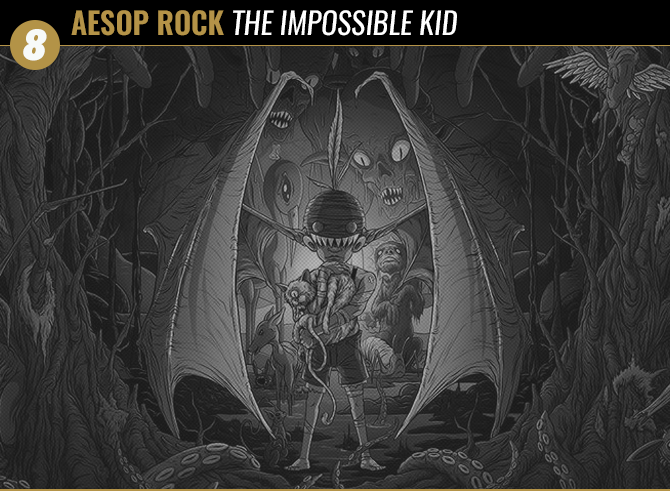 Aesop Rock has been doing this rap thing as a profession since I was a toddler. And while his sound and content has run deeper and more thought-out than the common artist in hip-hop, The Impossible Kid — his first solo project since 2012 — introduced a new ripple to his music: how does a rapper entering his 40s adjust to his environment. Aesop’s solution was moving to a barn in the middle of nowhere and continue doing what he’s done for two decades: make a self-produced rap album about his current state of mind, whether the songs dig into his relationships with his brothers (“Blood Sandwich“) or his cat “Kirby“). — Patrick Glynn 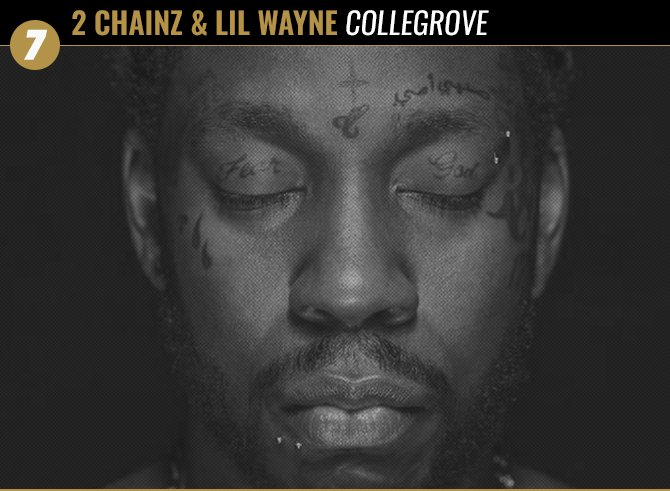 Remember the mythical album between Lil Wayne and Juelz Santana, I Can’t Feel Me Face, or the one between Wayne and T-Pain, He Rap, He Sing? Well, Tunechi tried it again, but this time with 2 Chainz: Collegrove. Per usual, due to Wayne’s lingering label issues the album was instead credited as a solo 2 Chainz project, but with Wayne on most of the tracks it was pure semantics. The album is a refreshingly great listen, with the always-relatable 2 Chainz trading raps with a rejuvenated Weezy throughout the LP. Not even Birman could stop that from happening. — Meka Udoh 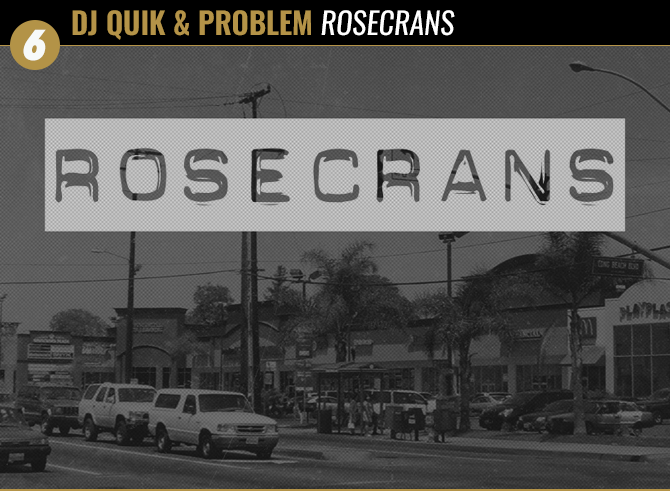 The “surprise” album release is olderdenamuthafucka at this point. But once or twice a month, an artist dropping something out of the blue is genuinely refreshing and unexpected. On April 19, DJ Quik and Problem announce they’d drop an EP, and less than 12 hours later, we got Rosecrans. The project isn’t transcendent, but rather it’s a throwback to a vintage West Coast sound DJ Quik has perfected and Problem was born to deliver vivid tellings of daily Compton life over. “A New Nite” brings the project together under one roof reminding the world of life’s most important lesson, learned through living in Compton: “The streets don’t love nobody but themselves.” — Patrick Glynn 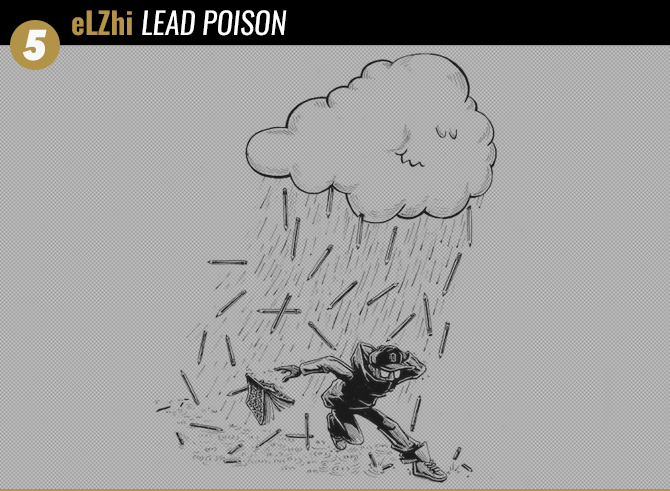 An album that almost never saw the light of day, ultimately became one of the most complex hip hop albums of the year. eLZhi took his pain, his rage, his sadness and his morose, wrapped it behind backdrops provided by Bombay, 14KT, Karriem Riggins and others, and turned in into one of his most beguilingly engaging LPs. If there was ever a musical representative for “beautiful sadness,” eLZhi created it. — Meka Udoh 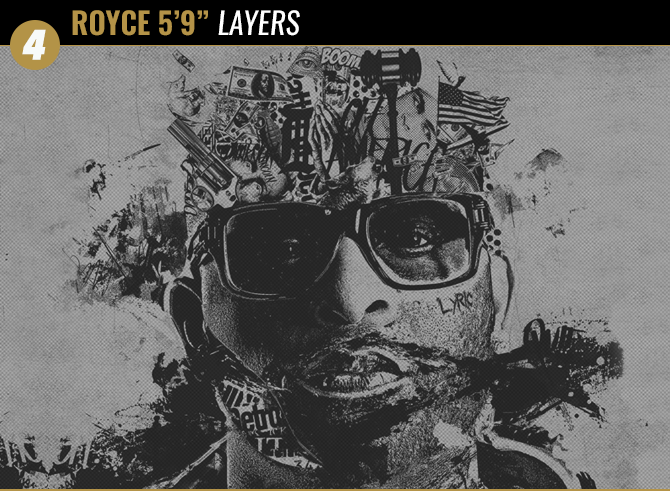 Royce Nickel Nine has certainly grown as both a person and a well-respected veteran emcee over the past decade. Honestly, I’d all but given up hope on Hip-Hop in the past year, with a general fear of the uncertainty the culture would face once we made it across the proverbial blind curve. And although I don’t think we’ve quite made it around that bend yet, I find solace in knowing that, at least for me, the legendary Detroit lyricist’s latest album, Layers, has reignited that same spark that lit my inner fire and love for Hip-Hop over 20 years ago. While I will indefinitely cherish Death Is Certain as my ultimate, favorite album from Royce Da 5’9” (it’s also definitely a Top 10 album for me, personally), Layers has proven to be a vital lifeline to grasp onto in what seems like a real life scary movie. —GES 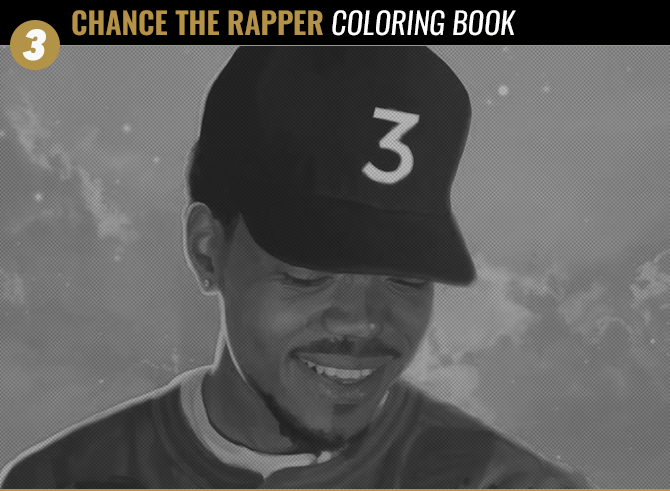 In short, Lil Chano from 79th dropped one of the best releases of a 2016 that hasn’t even ended yet. Essentially what Kanye West’s The Life Of Pablo aspired to be, Coloring Book was equal parts upbeat gospel, party-starting and contemplative. One moment Chance is counting his blessings, the next he’s having a smoke break with Future while reminiscing about the good ol’ days with Justin Bieber. Oh, and have you been in a room when “No Problem” rings off? Enough said. — Meka Udoh

RELATED: THE GOSPEL ACCORDING TO CHANCELOR BENNETT 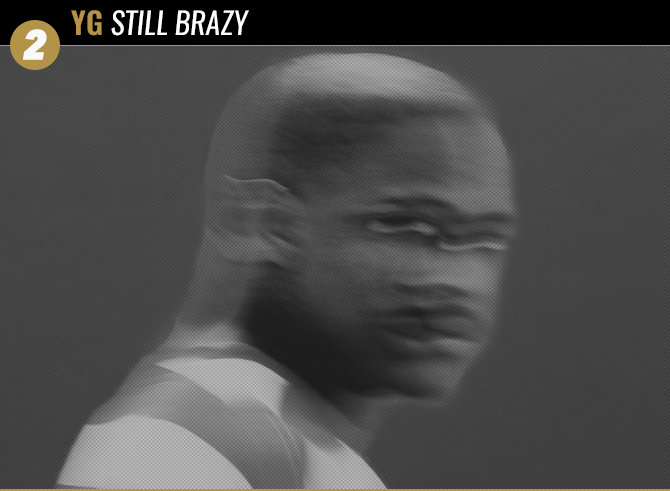 My Krazy Life was YG’s everyday happenings before fame, and Still Brazy was life once the money, notoriety and fame overtook his street credibility. By the time Daequan Jackson’s sophomore album arrived, he had a fallout with the radio-friendly DJ Mustard, whose sound both later gravitated toward generic and mainstream and started to progress to the EDM genre. But this allowed YG to dive even deeper into his regional sound, coming up with political and streetwise narratives to pair with G-funk so groovy Doggystyle Snoop Dogg would salivate over. While there plenty of popular standouts (“Twist My Fingaz,” “FDT“), “Gimme Got Shot” is one of the most relatable and witty offerings to fellow rappers the genre’s seen in a while. — Patrick Glynn 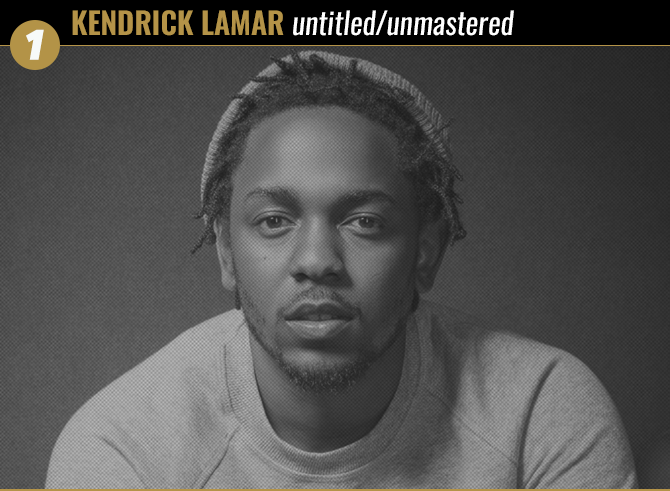 All it took was a nudge from LeBron James to get Top Dawg on the phone and release a batch of songs that ended up missing the cut to make Kendrick Lamar’s brilliant To Pimp A Butterfly. The thing about it is that these untitled and unmastered songs are still better than every album we’ve heard this year. To hear these songs out of context works brilliantly as they wouldn’t have fit the narrative of TPAB but are remarkable songs on their own. Songs such as “untitled 07 (Levitate)” would have felt out of place but, as a standalone, is absolutely stellar. Previously performed songs such as “untitled 03” and “untitled 8 (Blue Faces)” sounds just as excellent in raw form as they did when they were performed. And, obviously, the lyrical content is phenomenal and in tune with the topics K Dot navigated on TPAB. It’s a tightly knit project that features those sessions that were musical wonders that would have ended up vaulted. Thank the hip-hop Gods that it wasn’t. — Andreas Hale

NOTE: Based on the comments, hella people are upset Anderson .Paak didn’t make the list. That’s because we have a “Non Hip Hop Album” category coming later this week. Relax!