Make no bones about it, 2016 has been all about R&B/Soul/Downtempo with some truly remarkable sonic pleasures for your ears to feast on. Some new artists emerged and made timeless projects (.Paak, Majid Jordan & KING) while some longtime R&B superstars figured how to make more nuanced albums that played to their strengths (Rihanna) and a couple of artists figured out how to strike the perfect balance between electro and soul (Flume & Kaytranada). You also had a duo go completely ’90s R&B on us (dvsn) while Beyoncé had us all sipping her Lemonade. Yeah, it’s only the midway point of 2016 but it’s certainly been a hell of a year for non hip-hop albums.

Here’s our list and this is where everyone who cried real thug tears that Anderson .Paak wasn’t on our Top 10 Hip Hop Albums can (hopefully) be satisfied because, you know, that shit is soulful. 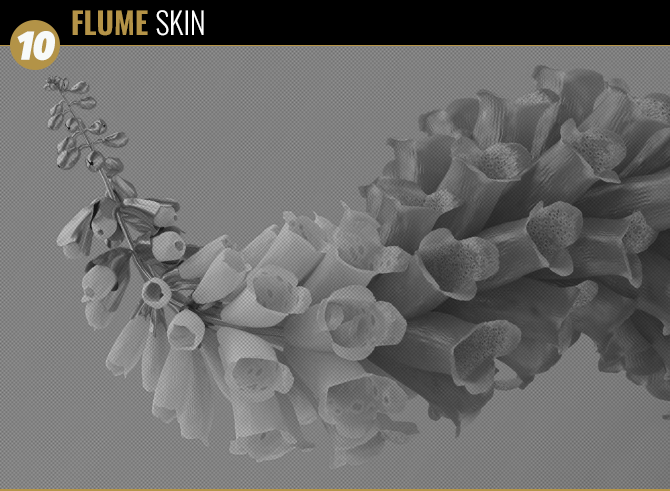 For his second full-length album, the 24-year-old DJ/Producer from Australia concocts an elegant electropop project with a strong guest list who all add their own unique dimension to the proceedings. Think of it as Kaytranada’s album with a little more EDM influence. The parallels are there as Little Dragon (“Take A Chance”), Vic Mensa (“Lose It”) and AlunaGeorge (“Innocence”) appear on both projects. But Flume manages to make their guest spots feel totally different while adding a few unexpected guests (Raekwon, Vince Staples and Beck) to make his electric stew bubble like no other. It’s truly a fascinating ride through whatever goes on musically in the mind of Flume. — Andreas Hale At the inception of her career, Rihanna was an impressionable star from the Caribbean. But 11 years and eight albums later, she knows her place in the pop world, and she’s twisted that knowledge to her advantage. ANTI dropped after four years of dormancy — usually a permanent ostracization for someone in the pop world — and it came with 13 songs that, together, didn’t really fit a 21st century pop album mold. Rather, it grabbed from the last 60 years of pop and soul music like the doo-wop era (“Love On The Brain”), Prince’s electro-rock ballads of the ’80s (“Kiss It Better“) and today (“Needed Me,” “Work,” “Consideration“) to showcase she doesn’t fit your cast — she does whatever the fuck she wants. — Patrick Glynn

RELATED: Rihanna Joins Mike WiLL On “Nothing Is Promised” 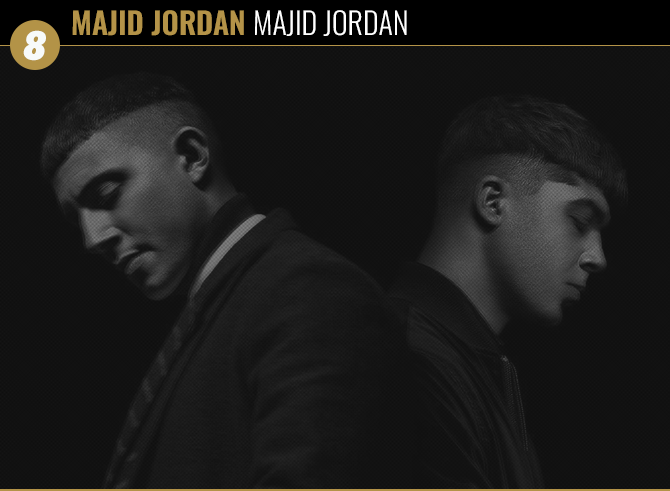 The duo of Majid Al Maskati and Jordan Ullman have mastered the art of crafting music that fits in that space when it’s late and you’re trying to take home a pretty young thing that you met at the club. It’s that sweet spot where you’re a little inebriated but still have your wits about you. The cool groove of what Drake’s tandem delivers is well executed. Whether it’s the subdued pop of “Learn From Each Other,” the ‘80s retro vibe of “Shake Shake Shake” or the late night breeze of “King City,” Majid Jordan fare well with their debut that borrows heavily from a vibe of yesteryear but make it current without being drugged out like The Weeknd. — Andreas Hale 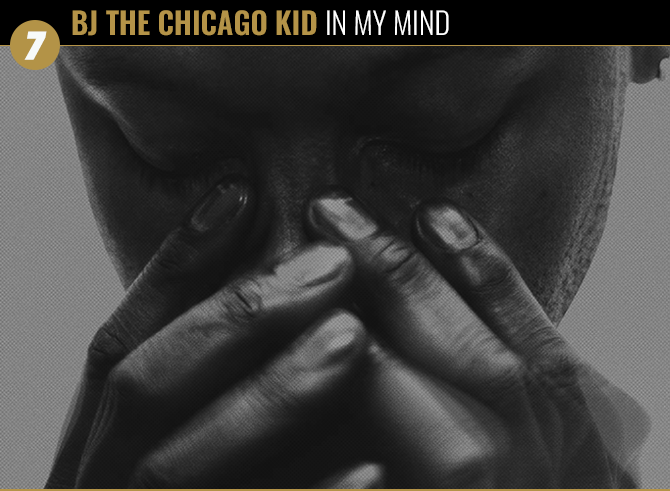 The Chicago Kid has been putting in work for a decade now, but he only just put out his major label debut on February 19th. He spared no expense either, reaching into his Rolodex and grabbing the likes of Chance The Rapper (“Church“), Kendrick Lamar (“The New Cupid“) and Big K.R.I.T. (“The Resume“) to help him out. While a good chunk of the album is basically him talking like sex, it’s done in such a way that it’s not overtly vulgar. But when he’s singing to women, about women, as on “Woman’s World,” it’s done with such tender sweetness that it even moved his mother to tears. BJ uses his album to explore the dichotomy of what love is, and succeeded by leaps and bounds. — Meka Udoh 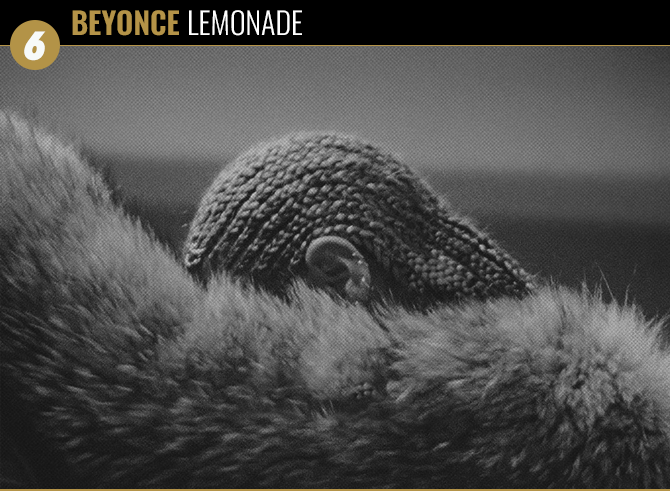 Where Beyoncé aimed (and succeeded) to empower females to help them understand their self-worth in relationships and society, Lemonade brought the importance of putting yourself first. Where plenty of the immediate reaction came from rumors of JAY Z’s stupidity being proven true, the album is about placing your needs and feelings ahead of someone else’s — then making decisions on what to do with life from there. Plus, it came with a beautiful hour-long visual representation on a week’s notice, making the dramatics and impact of the album all the more tangible. — Patrick Glynn 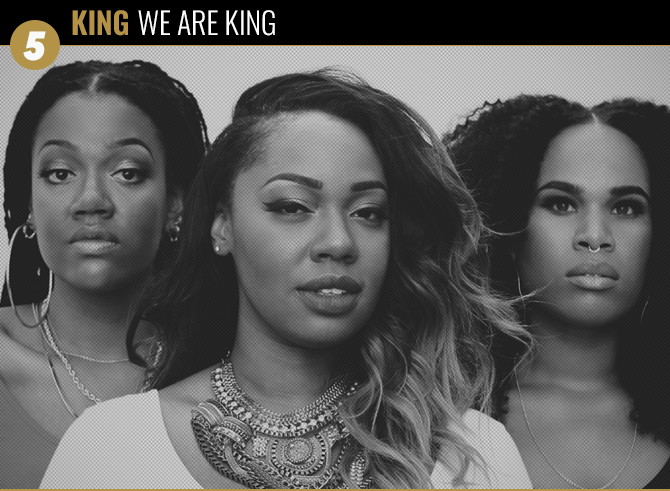 It may have taken years — years — for the trio of Anita Bias, Paris and Amber Strother to deliver their proper debut album, but when it finally arrived on February 5th it was the warmest things to come on that ice-cold winter day. Like dvsn, KING made music that fit better during the Love Deluxe or The Velvet Rope era of R&B, but teeming with beautiful modernity. As well as “extended mixes” of songs from their 2011 EP, KING created mesmerizing tracks that even your grandmother will enjoy. In short, they essentially delivered the perfect album for every wedding from here until eternity. — Meka Udoh 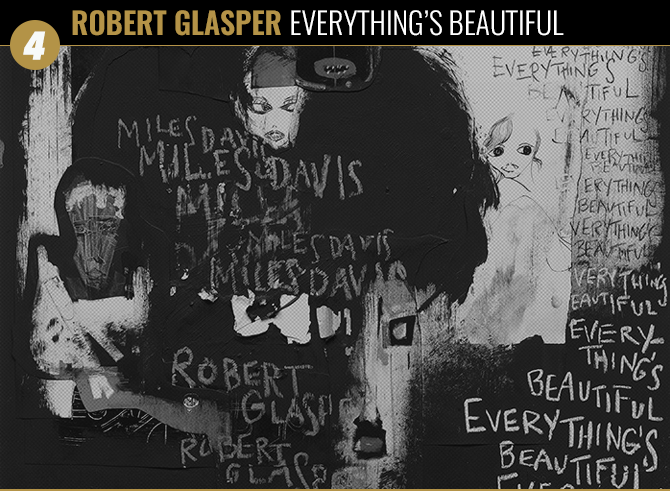 Trying to recreate or improve on something that is already spectacular is like adding gaudy rims to a Bentley: there is really no need or reason for it. Robert Glasper knew this, and did not try to add any extra bells and whistles to the music of Miles Davis on his tribute album Everything’s Beautiful. Instead, Glaser took some of the finest moments of Davis’ music and simply reimagined them in his own visage. Adding a reclusive Pharoahe Monch to “Gone 2015”? Perfection. 9th Wonder and Phonte on “Violets”? Here for all of it. But the best track was easily “Maiysha (So Long),” with both Glasper and Erykah Badu channeling the very spirt of Miles Davis for a bossa nova-esque groove. Miles would have been proud. — Meka Udoh 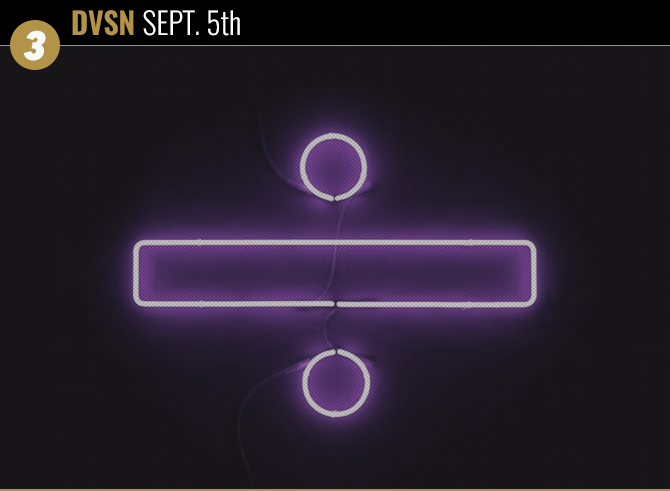 There’s really not much I can say about dvsn’s debut album, Sept. 5th, which I haven’t already stated in our official review. Four months since its release, I still find myself revisiting the LP, which hasn’t left rotation on my iPod. What is curious to note is that the OVO Sound signees seemed to have vanished following their album being “chopped not slopped” and the announcement of an 11-date North American tour. Whether this is attributed to an unspoken curse of being signed to OVO or some other reason remains to be seen, but rest assured, the two dropped what could arguably be considered one of the best R&B albums released this year. — JES7

If this album dropped in, say, 1996, it would have fit right at home with anything released by Aaliyah, Missy Elliott, Timbaland, and Ginuwine. The duo of Daniel Daley and Nineteen85 took it back to the “TGIF on ABC” days with their excellent debut full-length, a wondrously lush album full of melodic grooves and sensual jams. From the double entendre rhythms in “Too Deep” to the cautionary tale of “Angela,” Sept. 5th is a nostalgia-inducing album that is one of the best — and severely overlooked — projects to come out of OVO Sound. — Meka Udoh 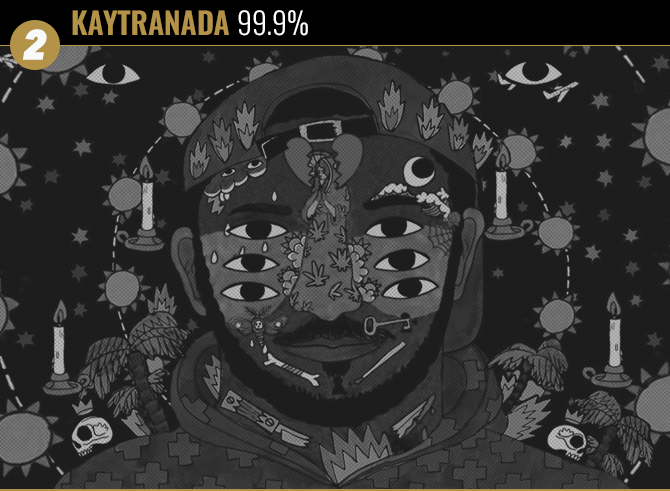 Kaytranada’s debut album 99.9% is one of the most spectacular displays of production talent on one album from a producer this decade. Grabbing influence from soul, dance, house, R&B, hip-hop and more, the Canadian producer showed a keen ability to call on the right voice — whether it be Anderson .Paak’s gritty confidence (“Glowed Up“), Phonte’s singing or Little Dragon’s blissful ability to add layers of calm to the most upbeat environments — and when to leave it alone and let his beat command the mood. And despite the critical acclaim surrounding it, the name of the album makes it clear Kaytranada isn’t even operating at his full capabilities yet — a thought both scary and exciting. — Patrick Glynn 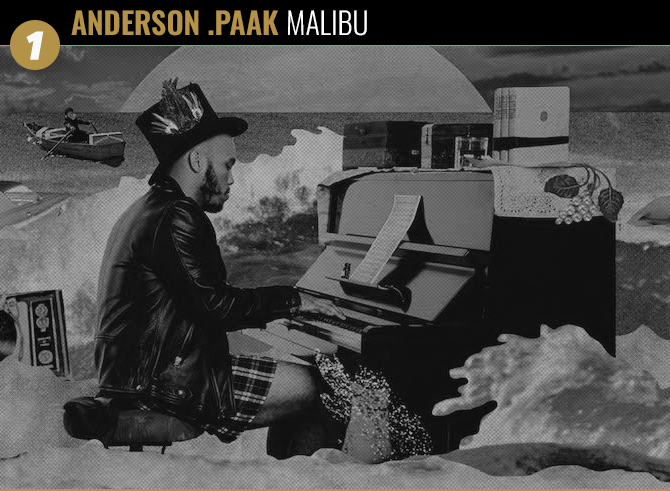 I, like many other fans of Anderson .Paak, arrived late to the party. Although I was somewhat familiar with the artist formerly known as Breezy Lovejoy, it was not until hearing his contributions for Dr. Dre’s Compton that my interest was officially piqued. It’s also important to note that Dre reportedly signed .Paak off hearing “Suede,” released by .Paak’s NxWorries outfit with LA-based producer Knxwledge. Days before he would publicly announce his signing to Dre’s Aftermath imprint, .Paak released his sophomore album, Malibu, led by singles such as “The Season/Carry Me,” “Am I Wrong” featuring ScHoolboy Q and “Come Down” (the latter which was eventually blessed with an official T.I. remix). Now, with NxWorries slated to release their official debut album, it seems .Paak’s cipher is nearly complete. — JES7